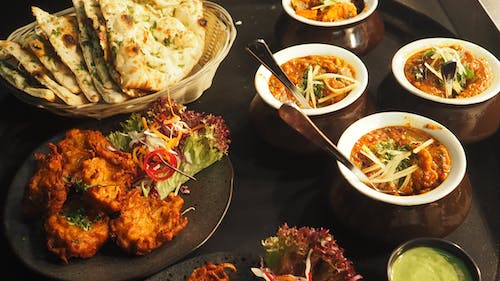 The History of Indian Cuisine

The history of Indian cuisine is a fascinating one. It has its origins in Harappan times, when the first crops were grown on the subcontinent. These were cereals such as wheat, barley, jowar, millet and lentils. The native people of the subcontinent adapted foreign foods and flavours to suit their own needs, which is why so many of today’s dishes are based on these ancient foods. Citrus, cinnamon and other spices were widely used, and the influx of spices such as fennel and nasturtiums from the west made these staples even more varied and delicious.

The twelfth century brought Central Asian invaders to India. They brought new vegetables to the country, such as pumpkin and cauliflower. By the sixteenth century, the Mughals ruled the country. The British came to trade with them and stayed, settling in the subcontinent as a Crown, and later governing the country as the British Raj. The Mughals, in turn, introduced new foods from Central Asia and Western countries to the subcontinent.

The British and Portuguese brought new foods and cooking methods to India. These immigrants brought with them new vegetables. The first of these was cauliflower, which was introduced in 1822 by the British. Another important contribution to the history of Indian cuisine was the introduction of the new food. It was not until the nineteenth century that the British started introducing western foods to the Indian subcontinent. In addition to foreign influence, religion also played a role in the development of Indian cuisine. The Hindus practiced vegetarian meals, whereas the Muslims ate more meat.

The Mughals brought with them many new foods to India, including potatoes and chickpeas. The Portuguese also introduced new vegetables to India. They later incorporated European ingredients and cooking techniques, such as baking, into the Indian food tradition. These foods were later adapted into various dishes. They were accompanied by the addition of exotic spices. The Mughals influenced the history of Indian cuisine. It was the Portuguese who introduced savoury dishes and influenced the development of the cuisine.

The British introduced a variety of foods and cooking techniques to India. These new dishes were influenced by the new ingredients they found in the area. The Portuguese also introduced new types of pulses such as lentils, wheat, and millet. Lentils became an important part of the culture and are now an integral part of many Indian meals. The use of spices and legumes made them popular, and they have remained a staple ingredient of the cuisine of the Indian subcontinent.

Indian cuisine is changing these days.

The history of Indian cuisine can be traced to its origins in the Middle Ages. The Mughals were great patrons of cooking and their dishes were elaborate and delicious. They also introduced the Portuguese, British and other Europeans to the country. As a result, India is one of the most diverse cultures in the world. The cuisine of the country is still changing. Its most famous cuisines are Mughal-style, and their heirloom varieties were introduced in the 17th century.

A history of Indian cuisine begins in the twelfth century, with the arrival of Central Asian invaders. The Mughals brought many new ingredients and flavors to India. They also used a wide variety of pulses. For example, the unripe mango was used as a pickled food, while the ripe mango was discarded. Both varieties were consumed by the ancients and were widely spread.

The history of Indian cuisine can be traced back to the early sixteenth century. Arab traders influenced the cuisine by introducing spices and vegetables from their own countries. In the eighteenth century, the British introduced new foods from Central Asia to India. During the twentieth century, the Mughals embraced the concept of a vegetarian diet. These days, the vegetarian diet is the staple of most of Indian cuisines.

From the medieval period to the Mughals, Indian cuisine has been influenced by various peoples and countries. The Indus Valley people settled in northern Pakistan and hunted alligators and ate wild grains. These foods have remained common in the modern world. Indus Valley food included wheat, barley, tamarind, cucumber, and ginger. The Mughals used oils to cook the food, and seasoned it with spices.